Yesterday was the two year anniversary of Hurricane Katrina. I was going through some old notes and photos I had at the time and thought I might reproduce a couple excerpts. Most of these scratchings were written in the back of a Honda Accord, so it’s not exactly Hemmingway:

300 miles in 12 hours (and we’re the lucky ones). I-10 and most other interstates have been closed for hours. contraflow is working, but the evacuation is just too enormous. We’re taking the state routes and for the most part, it’s a smooth ride. Unfortunately, every small, state-route town has a police force whom want nothing more than to play a role in al this; to be important, if for only 24 hours. Their attempts to direct traffice have proved disastrous, successful only in creating traffic james that could have been prevented by a single, blinking yellow light. We stay motivated, stay together. frustrations only strengthening our friendships; a traffic crucible. 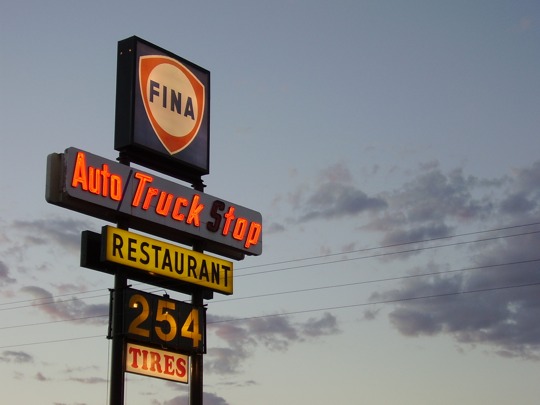 We left town on Saturday night for the Northshore. Evacuations are pretty common and like many others, I was planning on staying. “Been there, drank through it.” This time, things looked different. the city felt off. The pit in my stomach, the proverbial “bad feeling,” told me to leave, so I called up some friends, threw a tarp over my books, grabbed a t-shirt and a my laptop and hopped in a car. 11pm. We arrive in Houston. Aunt Sandy takes us in, with tears in her eyes and maternal hugs for people she’s never met. Still no reception on our cell phones but text-messaging sometimes works. We’re slowly able to get in touch with some of our friends and family. Some people are still unheard from but we think the worst is over.Monday morning. the roof of the Superdome is peeling off. thousands of refugees scramble for shelter in the rain-soaked stadium. Levees are beginning to leak and the water is slowly rising throughout the city. It might be a couple more days before we can go back. Houston’s opened its arms. People are sleeping in mattress stores. Text messaging is the only reliable form of communication. It’s frustrating, but at least it’s something. Unsure of when we can return, we’ve decide to head west in a day or two and just play it by ear.We stop in Target, buy clothes and change into them in the dressing room. Also bought a cheap camera.

Day 4. drove all night across Texas. Never again.Rumors abound. Fires? looting? militias? martial law? Friends stuck in the city? Friends getting airlifted out? It’s impossible to know what’s ACTUALLY happening. Over the next few days, we seemed to take turns breaking down, everyone in their own way. This is a frustration I’ve never known. Never imagined.

Day 6, somewhere in Arizona. I hate the desert. 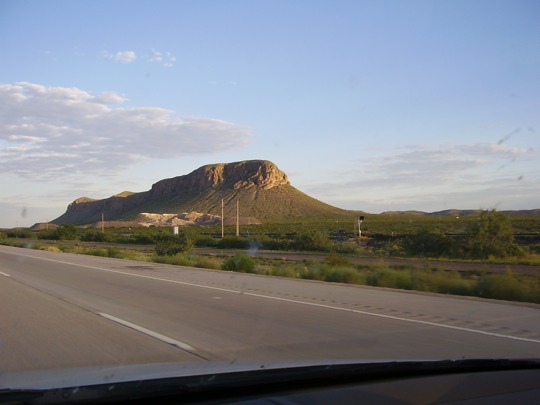 3 wks later, South Bend. Back in the midwest. Friends try and lighten my mood with jokes; “Jimmy! Jimmy, call FEMA and have them help us with this bar tab! Why are we waiting for a cab? Call FEMA and have them airlift us home!”Chicago. Hanging out with some old friends at the L&L Lounge in Wrigleyville. I see some familiar-looking kids and overhear their conversations. “Molly’s is still open…” and “…still in the Faubourg.” Molly’s would be Molly’s at the Market and now I realize I’ve met these people at that Decatur St. bar. It was strangely comforting to see these dive-bar-friends in another bar across the country, people who know the New Orleans of dirty bars that never close, backyard rock & roll parties, the worlds of Quintron and MC tracheotomy (reportedly last seen dressed as a pirate riding his motorcycle into oblivion, laughing and shooting a handgun into the air). They don’t know when or if they’re going back. Neither do I. The New Orleans diaspora is in full effect. 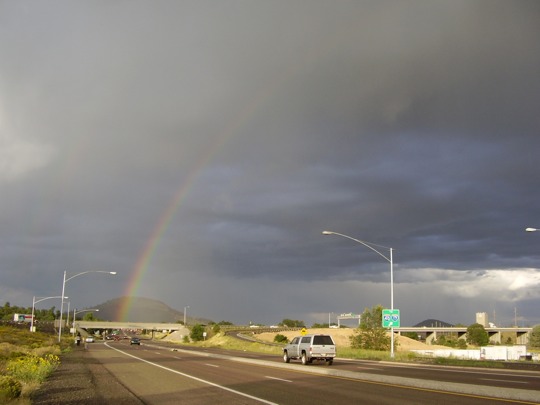 It was a very strange, very uncertain time, but in the end, we were extremely fortunate. I was very lucky to evacuate with 2 of the most amazing people I’ve ever met (hey jake! hey miriam!) and I’m incredibly grateful to all the caring, compassionate people who took us in, fed us, and sometimes even clothed us. I’d also like to thank all the readers of this site who checked in with me, sent their warm wishes, and even offered me a job or two.I’m off to Milwaukee for a wedding, but there’ll be a couple more New Orleans posts next week. In the meantime, check out NPRs continuing coverage of post-Katrina life.