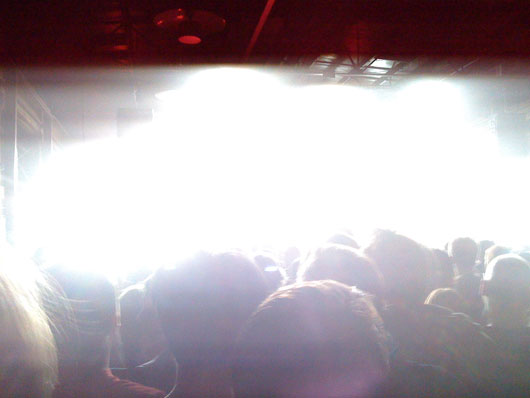 [MBV: If Diller Scofidio’s Blur Building was made from sound and light]

Tuesday Night, I was lucky enough to catch My Bloody Valentine at the San Francisco Design Center. How the hell do I describe it… The loudest, most amazing music I’ve ever felt. From the opening chord, sound and light dull everything but your most primal sensations. Your clothes move, your body vibrates, your organs rock out to the sweet, sweet shoegaze onslaught. As the concert came to a literally deafening crescendo, it was like MBV ignited a jet engine in the warehouse. The music reverberated through the space, wrapping around you, weaving undertones through your subconscious until it felt like the room was actually breathing – expanding and contracting as it struggled to contain a single, blasting chord. And when it ended, you were filled with a fleeting, yet profound, sadness. I realise these rambling sentiments don’t do justice to the live experience, but thankfully Sam Jacob has no such problem:

Through sound, MBV create a kind of spatial and physical construct – not architecture as frozen music but fluid, blurry volume as architecture. It’s an architecture that isn’t anything more than a physical sensation, but one that’s so close to substance it might just start to congeal in the air like the particles suspended in a rapid prototyping tank. It’s no wonder that the music journalism cliche of the shoegazing era described these textures and layers as “sonic cathedrals” – pieces of architecture that you could hear but not see. And in the midst of this dense cloud of MBVs frantically oscillating waveforms, it feels like the most profound architectural experience – the first gig to be awarded the Stirling Prize.

I second that nomination. 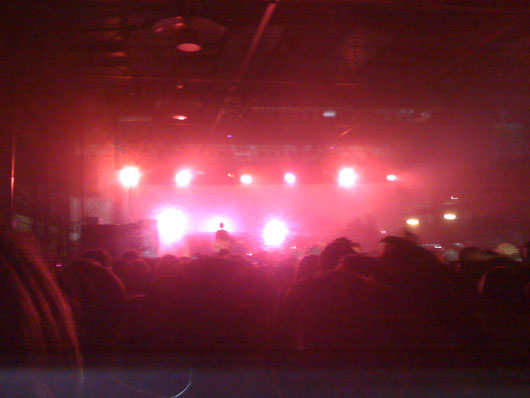 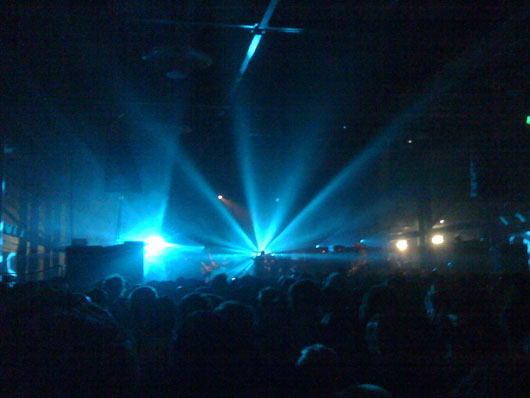 1 reply on “My Bloody Valentine”

Cool!I love lifewithoutbuildings and now that there is a post about MBV even more. I missed them in Chicago this week but I must buy tickets for next time.
Bye :)