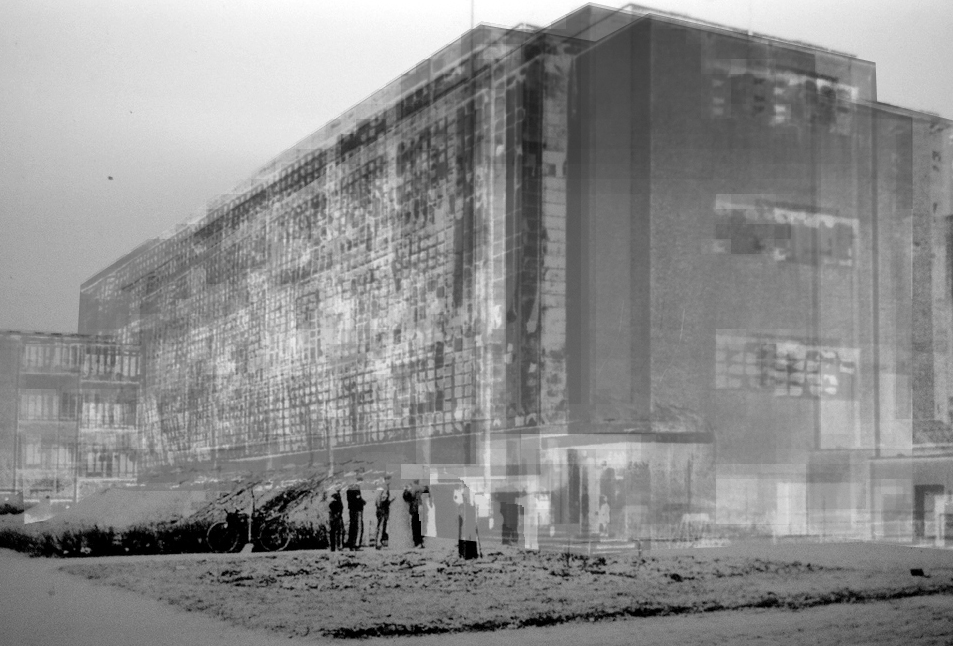 [Harold Lime, Walter Gropius, and others look on as the Static Engine is activated for the first time.]
French playwright Alfred Jarry invented practical time travel in 1899. In an essay that shattered the scientific community, he theorized that a time machine “is no more difficult to conceive of than a Space Machine,” and continued to describes his design for an an ebony and ivory apparatus of levers, springs, and flywheels that isolates its occupant from the passing of time. This pivotal discovery was almost lost to ahistory when, just moments moment before he completed the famous equation that would make time travel possible, the Father of Pataphysics was murdered by an splinter group of non-practicing Ghostmodernists. Thankfully, the Established Lobbyists simultaneously traveled back in time to prevent the murder of Alfred Jarry from taking place. Yet this was not the end of that particular story. The rogue Ghostmodernists persevere with their efforts to destroy chrono-liminality – and so continues the atemporal crusade that will eventually never be documented as “The Perpetual Lobby.”

The above is an excerpt from my contribution to Junk Jet no4. Check out the full issue to learn more about Static Engines, Paradox Designers, and the Alt-Bauhaus.