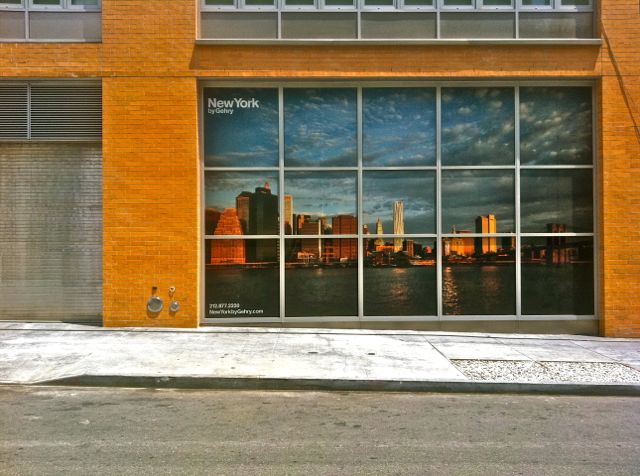 The following post was originally written as an entry to McSweeney’s 2011 Column Contest. It didn’t win. But I had a lot of fun writing it so I thought I’d post it here. As proposed, it was an architectural criticism column written from the perspective of a somewhat emotionally dysfunctional critic who sees his own failures in the monumental structures that obsess him. In the resulting reviews, personal narratives converge with professional critique. Descriptions and opinions of the buildings emerge through seemingly inadvertent revelations of his personal crises and social conflicts. Over the course of the columns, a larger narrative is revealed in which the reader learns more about the critic – his failures, fears, aspirations, and his romantic and professional pursuits. In this introductory column, your critic experiences the five stages of grief –denial, anger, bargaining, depression, and acceptance– in his critique of the Lower Manhattan skyscraper New York by Gehry.


New York by Gehry. The building’s name says it all: built in the greatest city in America and designed by the country’s best known and most influential architect since Frank Lloyd Wright. Its unabashed moniker cements the notion of architect-as-brand more than any other building in recent memory. And Frank Gehry’s well-established brand identity is in full-effect in this, his first completed skyscraper project. His signature curvilinear forms manifest as a billowing steel facade that stretches a brazen 780 feet into the sky. It can’t be denied that the sight of the building in the Manhattan skyline is especially magnificent from Brooklyn, where it seems to hang over the city like a rippling stage curtain for a space opera or a metal sheet draped over a more conventional Financial District high-rise that recalls the silver-sequined ghost costume worn by a certain dilettante hipster ex-girlfriend to a Williamsburg Halloween party last year where she drunkenly proclaimed herself the ghost of Marc Bolan while flirting with some asshole dressed like Ziggy Stardust era David Bowie. For example.

The overall effect is quite powerful, yet many traditionalist New Yorkers are angered by the building’s stark contrast from other Financial District towers. The architect, however, believes the aesthetic disparity informs a “lively conversation” with nearby structures, including the landmark 1913 Woolworth Building, designed by Cass Gilbert. But that conversation seems to be less of an amicable discussion on the benefits and drawbacks of embracing centuries of history and finding common ground, and more of a godforsaken bitch of a building annoyingly shouting while the other is patiently trying to make a valid point about how its not fucking cool to flirt with other guys in front of your boyfriend goddammit!

Maybe that’s a bit harsh. A spectacle is sometimes welcome, and sometimes even necessary, but a good relationship is about compromise. A rich history is a strong foundation on which to build. There’s something valuable to be learned from a shared past. The building’s slogan, “never yesterday”, is intended to be progressive, but to this critic it sounds like naive bullshit that someone might use to rationalize a breakup. Of course, people can change – buildings, that is, can change. Although it often feels like only one person, one building, – it often seems like only one building is doing all the compromising and bargaining while the other remains unreasonably obstinate. New York by Gehry –also known more modestly as 8 Spruce Street– makes plenty of compromises. While its glamourous north façade will surely get the camera-phones snapping, the opposite side is a completely flat, modernist surface with nary a curve nor ripple to be seen. One side of the building seems to nod to the past while the other is a purely twenty-first century creation. The architect claims this duality is a choice, but many of the building’s detractors suspect a more practical explanation: financial and aesthetic compromise.

Most disheartening of all is the pediment on which the already-iconic tower sits. The effect of the building at street-level is one of complete and utter banality. Sure, from a distance everything looks great – intriguing, attractive, maybe even happy. But the facade is just that. Up close, it disappears. Literally, the facade never touches the ground. It’s like trying to find the end of a rainbow. Gehry’s breathtaking sculpture instead sits on a completely banal orange brick building that looks like a converted textile mill. One compromise too far. The five-story structure will one day house retail space, doctors’ offices, underground parking, and a public school. But there’s no architecture there. There’s nothing to engage the visitor. Cracks are revealed what once seemed strong just sort of falls apart. There’s no excitement anymore. The only sign of the grand design is a literal sign highlighting the building’s impressive presence on the New York City skyline, presumably to remind potential residents that, yes this is a Frank Gehry building and though it may not look great from here, you’ll be the envy of your friends who only see a glistening steel facade from their shitty apartments uptown and imagine those living inside to be educated, funny, and brooding, instead of pretentious, neurotic, and depressed.

Somewhat surprisingly, the folding, torquing facade conceals mundane apartments in which it’s likely the young and rich Wall Street elite will live out their meaningless existence, or broken hearted architecture critics will stare at the phone for hours, willing it to ring. But there are worse places to slowly die of sadness than a building that offers such amenities as a swimming pool, spa, fitness club, private dining room, and even a screening room. Alternately, the larger units would be ideal for that young couple stupid enough to be in love when all empirical evidence suggest that their relationship will end in disappointment, resentment, and crippling depression. The apartments are beautifully crafted with oak floors and stainless steel appliances perfect for reheating takeout and eating alone, barely able to remember the last time you enjoyed a nice quiet evening with the only person that used to mean anything in your otherwise hollow life. Great views though.

Ultimately, New York by Gehry will be judged, valued, and accepted as a important contribution to the New York City skyline. Its strength comes from its assertion of a unique individuality; something to challenge and provoke, perhaps even something others can aspire imitate. It’s a building that understands the worth of an individual. While not completely free from the baggage of its historic relationships, New York by Gehry embraces the future with a pioneering design that celebrates the possibility of new digital fabrication technologies and will surely influence construction in Lower Manhattan for decades. The potential now exists for new, unexpected relationships. There’s a lesson for the rest of us too: learn from the past but embrace life on your own terms. Maybe do some traveling or learn something new or just throw yourself into your work and rekindle that passion that made you become a writer. For the first time in ages, this critic is feeling pretty good about the future. Perhaps ‘Never Yesterday’ isn’t such a naive idea after all.