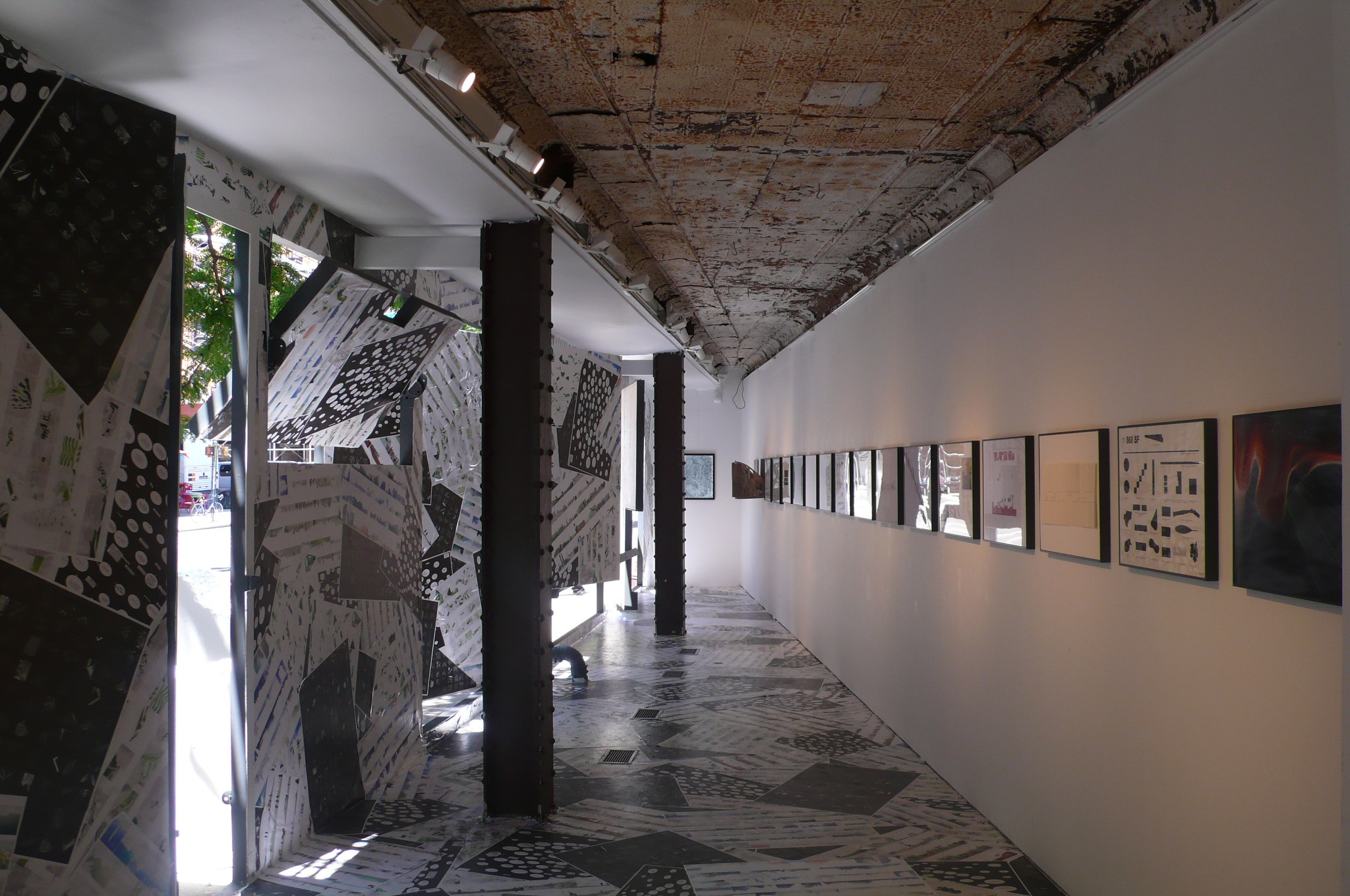 I wrote a review for Domus of Aesthetics/Anesthetics, the current exhibition running at New York’s Storefront for Art and Architecture. Here’s an excerpt:

Storefront for Art and Architecture was founded in 1982 as a non-profit organization dedicated to the advancement of architecture and the built environment. Ten years after its opening, artist Vito Acconci and architect Steven Holl were commissioned to rethink and redesign the façade of Storefront’s narrow, wedge-shaped exhibition space. Their solution, a façade with 12 puzzle-like rotating panels, gave the organization a striking new identity and the Kenmare St. gallery quickly became a New York City architectural landmark. It has now been twenty years since Holl and Acconci’s porous façade first dissolved the boundary between street and gallery, and Storefront has once again commissioned artists and architects to rethink their space. Aesthetics/Anesthetics is an exhibition of 30 architectural drawings depicting Storefront’s gallery created by an international coterie of emerging and established professionals, including Teddy Cruz, Sam Jacob, Jimenez Lai, Luis Callejas, MOS, Interboro Partners, Perry Kulper, Jorge Otero-Pailos, LTL, and many others.

Though the gallery itself is the subject of the exhibition, the content of the drawings address a larger question about architectural representation: “What is it that an architectural drawing does and how does it do it?” This question was prompted by what Storefront identified as a concerning preponderance of new representational clichés that serve only to obfuscate architecture with a variety of utopian — or, at the very least, idyllic — embellishments. These crutches can be found on every blog and in every magazine; they include images of birds soaring through impossibly beautiful skies, children running with balloons, and mysterious patches of “green” that presumably represent the anticipated development of an architecturally-perfect plant. Storefront plastered their interior with these carefully manicured renderings in a chaotic interpretation of the “Post No Bills” wheatpaste aesthetic prevalent in New York City — an appropriate gesture considering that, like the posters adorning the city’s scaffolding, these trope-filled images are little more than advertisements. With drawings covering even the gallery floor, visitors literally walk all over them.

[Read the rest of the article at Domus]