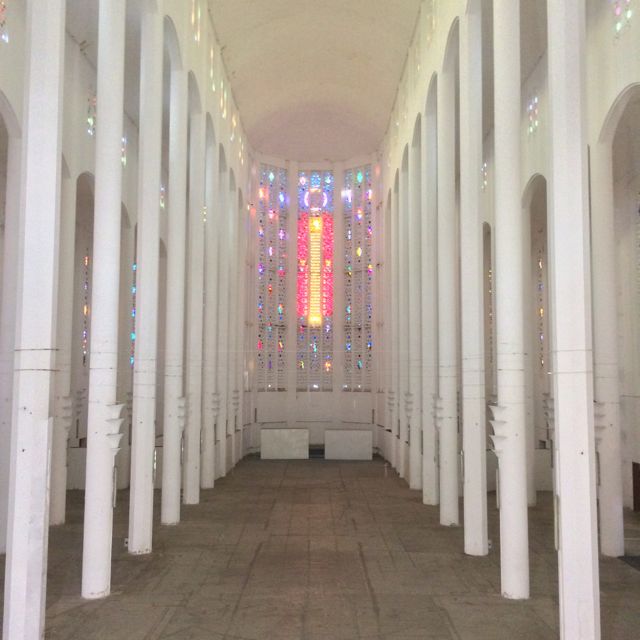 We were sketching outside the Eglise Sacré-Cœur de Casablanca when a small man slowly shuffled out of the strange, Deco-Gothic structure and gestured for us to come inside. How could we resist? We stepped through the enormous cathedral door and our host smiled wide, saying in hesitant English, “a church with no chairs,” before disappearing. It was a profound sentiment but one I think probably sounds more poetic in arabic.

We slowly strolled down the empty nave, letting ourselves feel the full scale of the vaulted space and looking up at the surprisingly secular stained glass windows, which depicted the flags of every nation. We felt compelled to speak in whispers, telling each other tales of the abandoned cathedral and its protector. Maybe he was a homeless man who, only seeking shelter, was inspired to become the guardian of this forgotten space? Perhaps he was a priest unable to abandon his church though his congregation had long ago disappeared? A human relic and this his reliquary? Was there ever a congregation? Or was this just some mad architect’s folly?

A strange humming filled the cathedral, a constant white noise. At first we assumed it was the wind, but outside all was still. Not a leaf was rustling in Casablanca. Suddenly a pigeon flew down from the rafters. Another glided across the nave. Dozens of others followed and we realized that the noise we heard was an endless echo of coos and fluttering wings. The cathedral was filled with a perpetual avian hymn. Inspired to contribute my own verse, I whistled the theme from Close Encounters of the Third Kind. The abandoned cathedral repeated the tune in medley and the echo hung in the air for an impossibly long time. Surprised by the response, I laughed a true, honest laugh and the cathedral laughed with me. 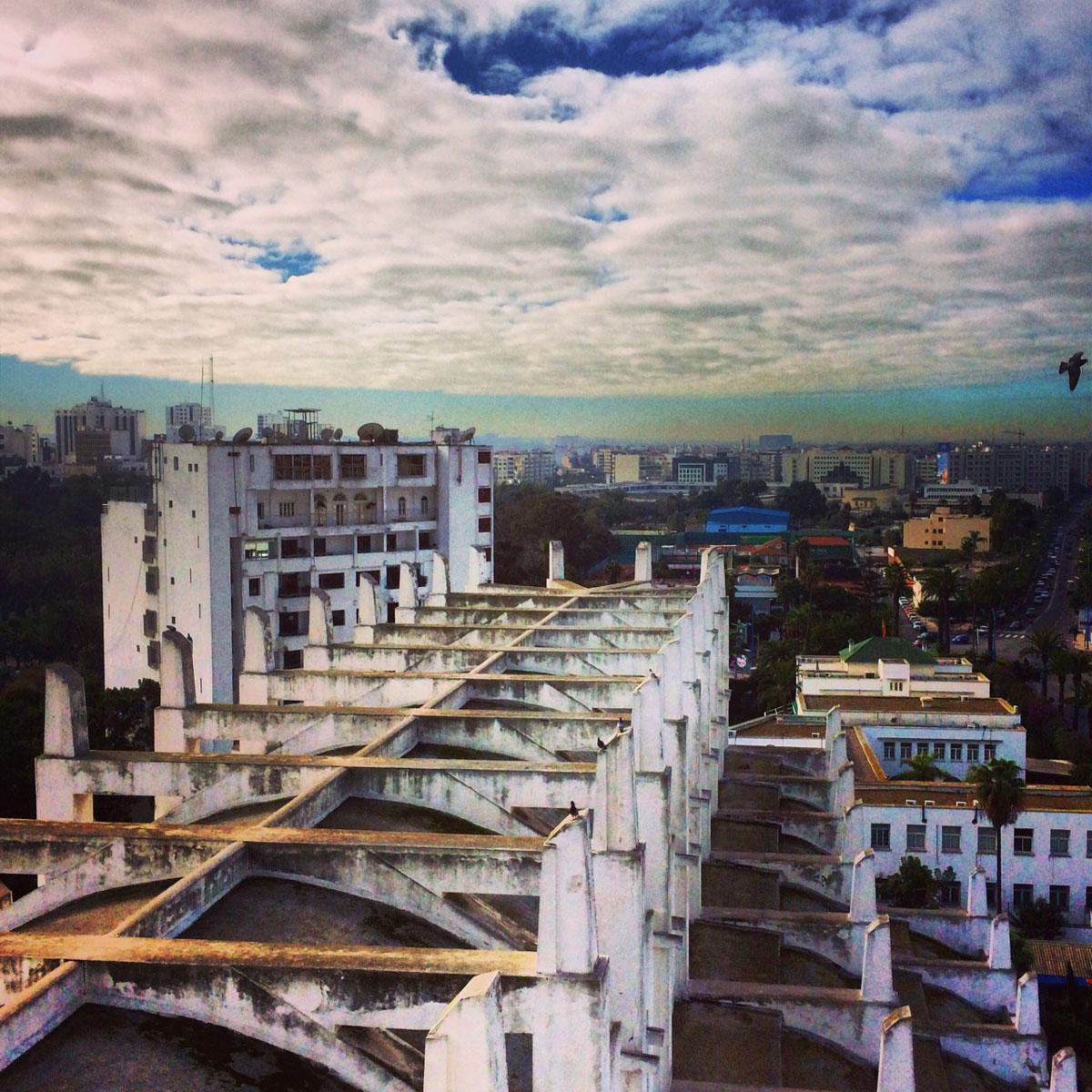 At the conclusion of our service, we climbed the narrow, spiraling stairwell leading to the top of the church’s tower. It was the first time in years that I felt really scared. The stairs were bordered on one side by enormous unobstructed air vents designed to release the sound of ringing bells, and on the other by a very low railing that looked—and smelled!—like it was built from pigeon shit. There was very little separating us from a very, very long fall. What’s more, every turn brought some unexpected hazard – a kit of surprised pigeons flying past our heads, some twisted rebar, or a giant hole in the floor. We walked slowly. Halfway up, we stepped through an empty doorway and onto the roof of the church, standing eye-to-eye with the top of its buttresses before continuing our dangerous trek up to its bell tower. Finally, the stairs led through another empty door and suddenly we were blinded by the blue sky and radiant white city. There were no guards, no railings, and no tourists. It was just the two of us and Casablanca. In the distance, the mosque and the ocean beyond. I stuck to the wall for a few minutes, afraid some misfiring synapse might compel me to leap over the edge. As my nerves faded, I felt exuberant and kissed her at the edge of the world and started laughing again. There was no echo this time, just the sound of ringing joy calling out to all parishioners.

1 reply on “The Abandoned Cathedral”

I really enjoyed your article!! It made me feel i was there with you exploring that magnificent space! It’s just disappointing to know the church is abandoned. Some of the best things i’ve read in all my life. Srsly you touched my soul with your words.