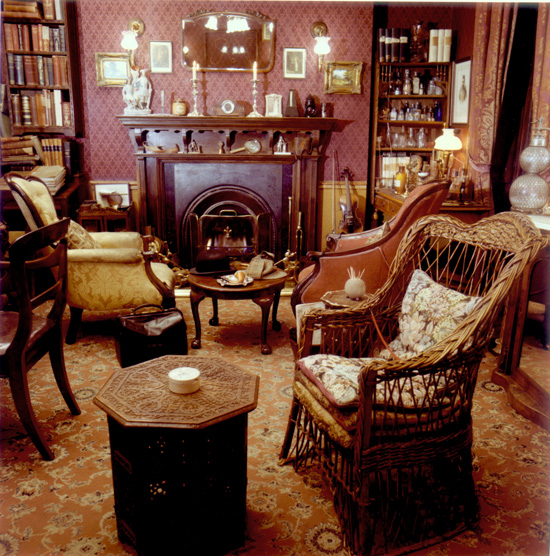 I’ve recently started writing for Smithsonian’s Design Decoded blog, which explores a new topic every few weeks through a series of interlocking posts that will, we hope, offer a new lens for viewing the familiar. Our current series takes a look at Design and Sherlock Holmes. A brief excerpt from the introductory post follows, investigating the mystery of the many 221Bs Baker Street:

The mystery of 221B Baker Street is not one of secret passages or hidden symbols. Rather, it could be described as a sort of existential spatial riddle: how can a space that is not a space be where it is not? According to Arthur Conan Doyle’s stories, Sherlock Holmes and John Watson lived at 221B Baker Street from 1881 to 1904. But 221B Baker street did not exist in 1881, nor did it exist in 1887 when A Study in Scarlet was published and Baker Street house numbers only extended into the 100s. It was a purely fictional address – emphasis on was. Time marches on, Baker Streets are renumbered, and 221Bs are revealed.